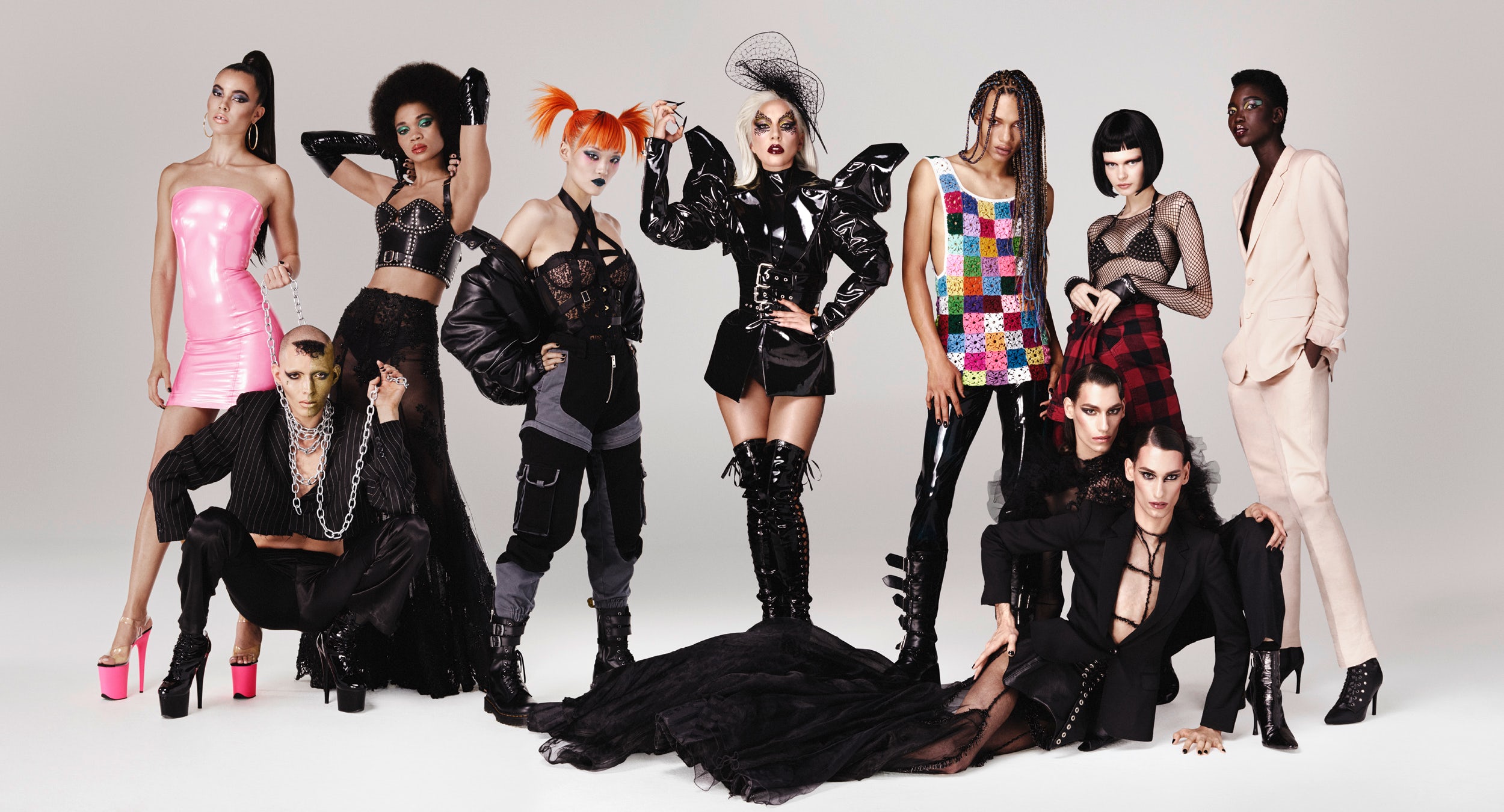 The singer opens up exclusively to BoF about her highly anticipated beauty brand, Haus Laboratories, and her decision to link up with Amazon as her retail partner. Haus Laboratories will be the first major beauty brand to be sold exclusively on Amazon. In going with the marketplace, Lady Gaga is taking a risk: Although cosmetics sales on Amazon are growing fast, it has yet to cement its status as a beauty destination. For Amazon, having an exclusive brand fronted by a celebrity of Gaga’s stature could shake up an industry where most high-profile beauty launches take place at Sephora or Ulta. But, instead of sharing shelf space with rivals at specialty retailers, Gaga will have the spotlight more or less to herself in front hundreds of millions of Amazon customers worldwide. BOF

Macy’s announced its new in-store concept for Story. The effort is in partnership with Dick’s Sporting Goods and Miracle-Gro and will run through September. Outdoor Story will feature more than 70 different brands and events at each location such as gardening workshops and kayaking on the Hudson River. Shoppers will be able to purchase “furniture that grows,” Miracle-Gro’s “Twelve Indoor Growing System” and a range of plants and planters, among other items. Outdoor Story marks the first partnership for Macy’s and Dick’s, as well as the first partnership Dick’s has had with another major retailer. Outdoor STORY will feature Dick’s private brands, Alpine Design and Field & Stream, per the release. Retail Dive

Crate & Barrel opened its first full-service restaurant, called The Table at Crate, yesterday at its Oak Brook, Illinois store. The concept is a collaboration with Cornerstone Restaurant Group. The Table is the retailer’s first full-service restaurant and the restaurant group’s first foray into retail. James Beard-nominated chef Bill Kim will lead the eatery. Restaurant guests can take signature cocktails into the adjacent Crate & Barrel retail space as they shop.  Retail Dive 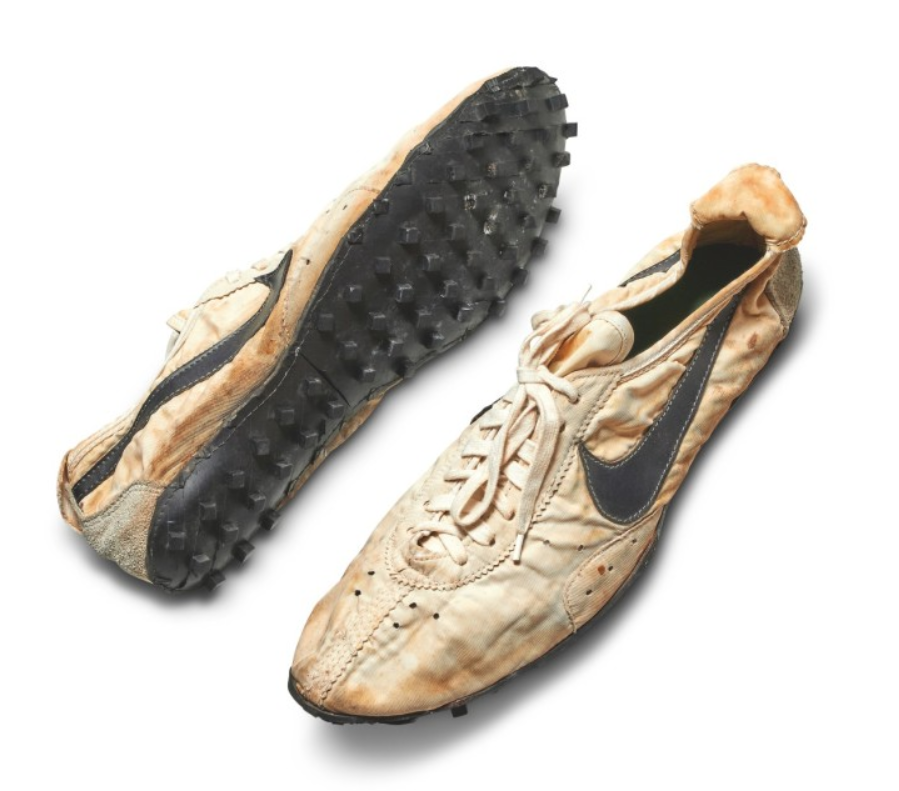 Less than a year after its big acquisition by luxury platform Farfetch, Stadium Goods is partnering with another huge name in the world of high-end luxury: Sotheby’s. Beginning today and running until July 23, Sotheby’s will be running an online auction selling a collection of 100 ultra-rare sneakers from Stadium Goods’ collection, as well as hosting an exhibition at Sotheby’s New York gallery where consumers with rare sneakers like the Nike Moon Shoe or the Back to the Future sneakers. Sotheby’s will be taking its usual cut of the sales, 25% for anything sold for less than $400,000 and 20% for anything above. Glossy 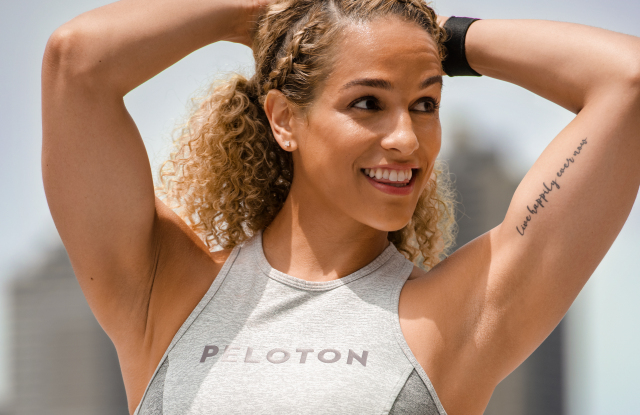 Peloton has built a rabid community of exercise enthusiasts and is partnering with Outdoor Voices to further amplify its message. The New York-based fitness brand that brings studio-style group fitness classes to people’s homes is creating a capsule collection with the lifestyle sportswear brand that will launch on July 9. The activewear collection will include 12 items, seven for women and five for men, that will be available at 17 Peloton showrooms around the U.S. as well as online. WWD

Before it became a hoodie, the material in a new Adidas by Stella McCartney top might have had a previous life as part of a T-shirt or a pair of jeans. The limited-edition sweatshirt is the first commercially produced garment to use new technology that purifies and liquifies old cotton to transform it into new material. The tech, called NuCycl, “essentially turns old clothing into new, high-quality raw materials for the creation of new clothes,” says Stacy Flynn, cofounder and CEO of Evrnu, the company that developed the technology. Fast Company

Brooklinen, the direct-to-consumer bed sheet brand backed by investors including FirstMark, is entering the apparel space with its first line of loungewear. The company says its designs, including tops, pants, shorts and a dress, are inspired by vintage athletic clothing and made from cotton and modal blended with spandex.  Tech Crunch

From in-store yoga to HIIT classes, Lululemon is taking sweat to the next level with the opening of its first “experiential” store on Thursday in Chicago’s Lincoln Park neighborhood at 944 W. North Avenue. Spanning 20,000 square feet and two floors, it’s Lululemon’s largest store to date. It also features the brand’s first-ever café, called “Fuel Space.” “This store is kind of 20 years in the making. Lululemon has always been a community-based kind of experiential brand before experiential was even a thing. From in-store yoga classes to in-store run classes,” said Celeste Burgoyne, executive vice president, Americas and global guest innovation at Lululemon. WWD 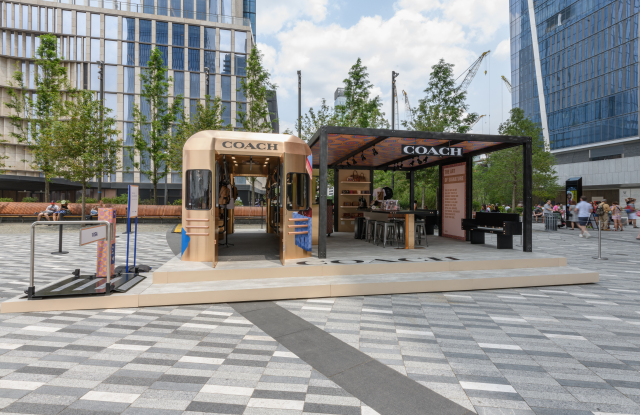 Coach executive creative director Stuart Vevers is no stranger to the collaboration train — the past few seasons have seen him work with Disney, Rodarte, and brand ambassador Selena Gomez on a variety of projects. For one such recent project, launched at the beginning of the summer in London, the brand re-imaged its visuals campaign with a host of English graffiti artists. Now Coach is dipping its toe even further into the creative world of art, unveiling the Art of the Signature, a collection of accessories Vevers collaborated on with a mix of new artists. To celebrate, the collection bows with two bicoastal pop-ups, one at the Plaza in New York’s Hudson Yards, and one at Carneys restaurant in Los Angeles. WWD

Mr. Larkin is the latest among many brands and retailers now rethinking their wholesale strategies, and pivoting to a direct-to-consumer model. Earlier this week, Mr. Larkin, a web store launched in 2013 by designer Casey Larkin Blond that sells indie fashion brands (with prices averaging $200 to $300 per item), rolled out its first direct-to-consumer collection, for the pre-fall season. It will be sold exclusively on the Mr. Larkin website and in the brand’s store and studio located in Copenhagen. Glossy